For a number of years, the Canadian Pacific Railway and the Friends in Need Food Shelf have teamed up to bring a special show to Cottage Grove. The train is all gusied up in lots of Christmas lights and decorations. There are tours available and an awesome Christmas concert. One rail-car has a drop down side, where the Holiday Train Band (I have no idea if that’s their real name) performs lots of Christmas songs. It was a cold night, but we had lots of fun!!

Much to our dismay, Dave was unable to join us (he had to work), but we were joined by some friends and her family. Katie and her sweet babe, Caleb, braved the elements to come dance and hang out. Caleb brought his Grandma and Grandpa with to see the train. Katie’s Aunt Kathy, Uncle Dave and sweet, little cousin Kylie were rocking out to the Christmas music too. 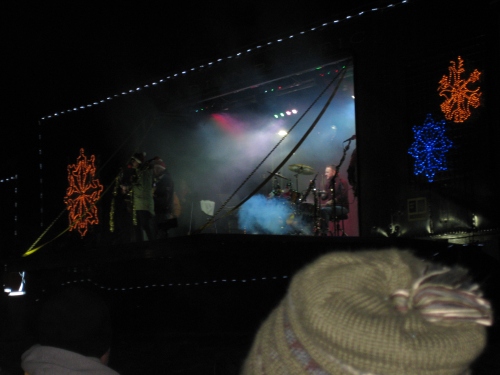 The Holiday Train concert. Lots of fun Christmas music for singing and dancing!! 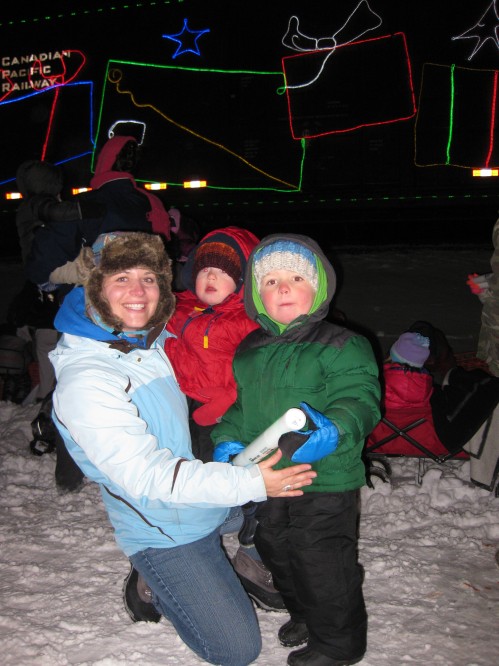 We were cold but having lots of fun!! 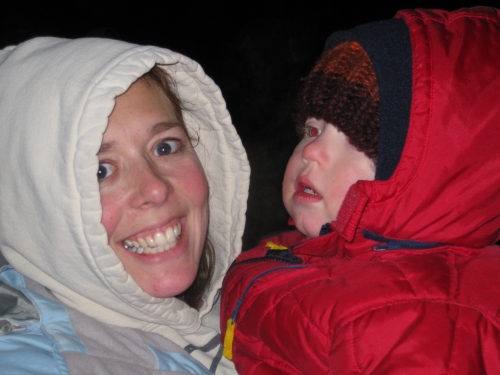 Katie and Noah getting some warm snuggles in before the show started. 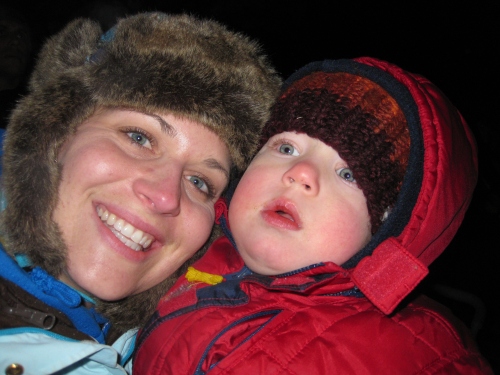 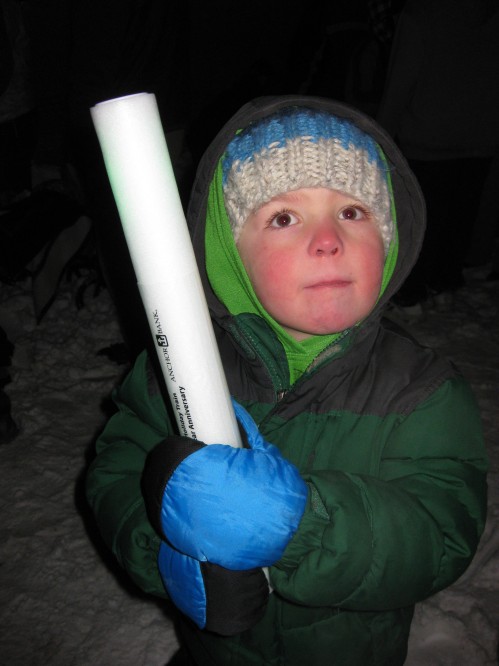 The boys got glow sticks. Eli was dancing with his glow stick and “sword fighting” in the air. 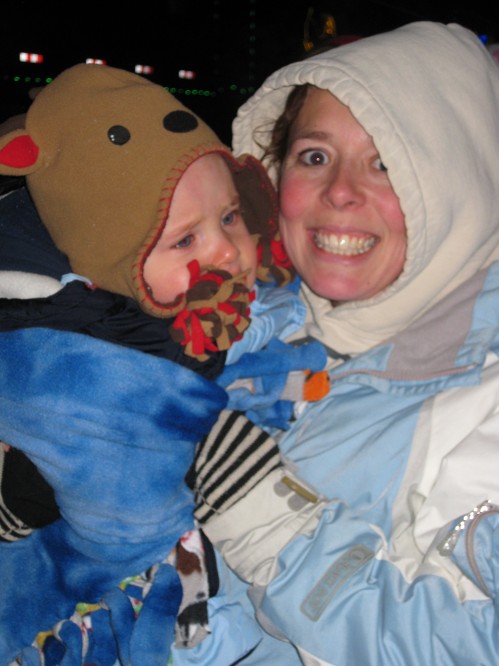 Mommy and Caleb snuggles. Caleb was all smiles for the camera and loved watching the lights on the train. 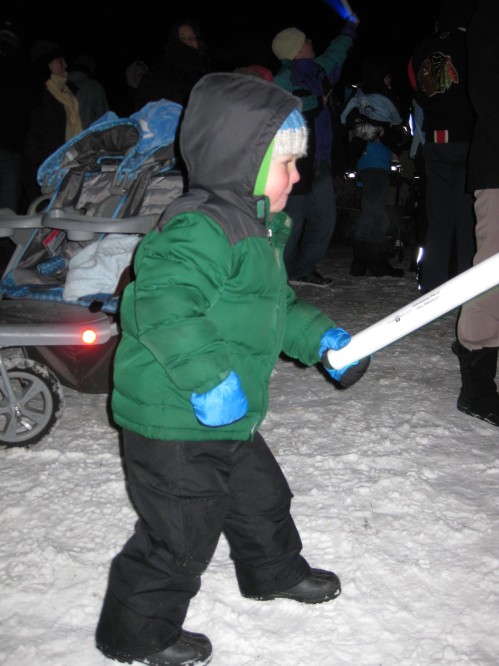 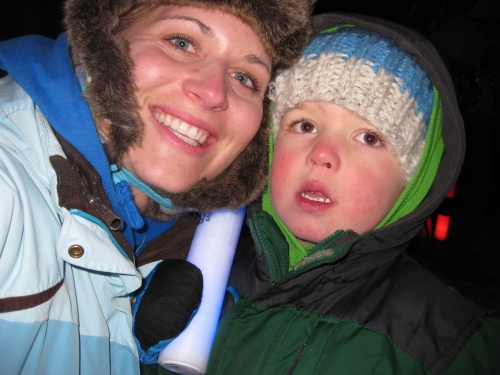 Quick warm up snuggles!! Gotta get back to dancing! 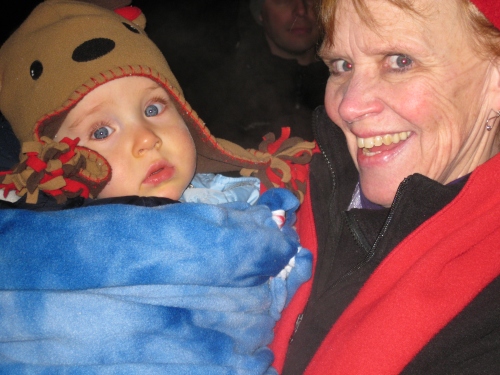 Grandma Kim and Caleb snuggles. Grandma wanted to keep holding Caleb, I think she just wanted to be warm. 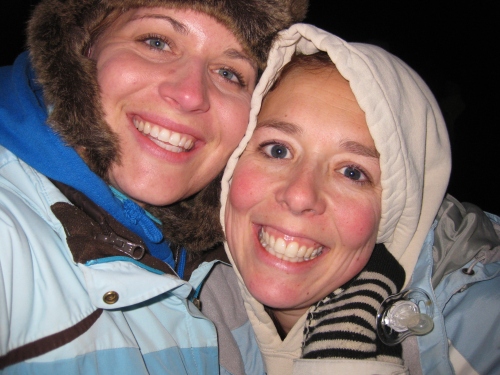 We went from coworkers, to near neighbors, to dear friends. Love my Katie Rose!! 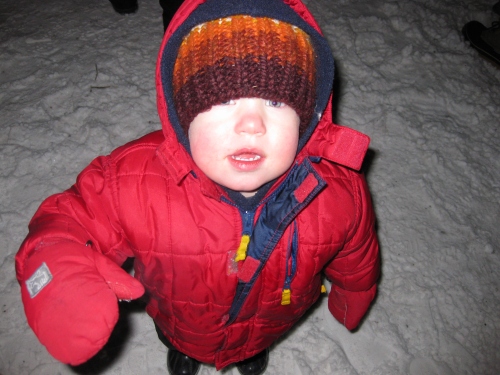 Noah didn’t want to be down, he wanted to be held. When he was down, he kept wandering away and asking others to hold him. Oy!

He decided to be the “King of the Mountain”. Well, until another kid pushed him down, that is. 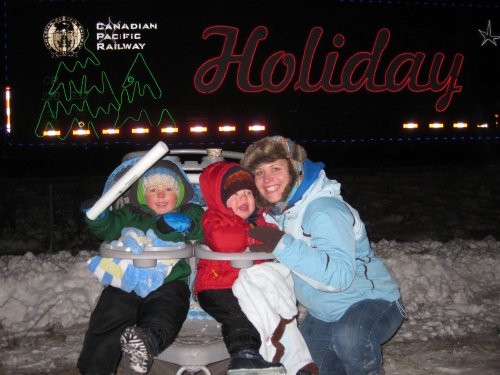 We had a blast, but our toes were getting cold fast!! One last picture before we left. 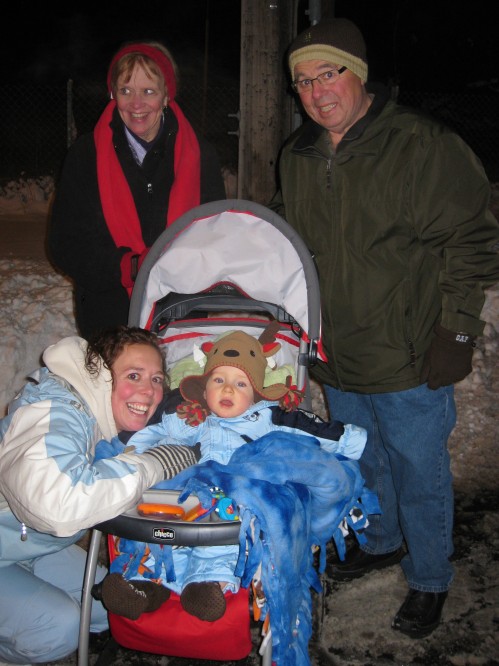 Here’s Caleb with his mommy and Grandma and Grandpa. He likes them!