My sister-in-law, Sarah, and I took turns watching the babies last week. Sarah worked mornings for the city of Maplewood and I worked, of course, at FedEx in the afternoons. I had it pretty easy as Alexis spent most of the mornings sleeping. The only tricky thing was when she woke up hungry and didn’t want to eat from her bottle. On Friday she was especially tired and slept the entire morning until Sarah showed up. Right before she arrived, though, Alexis must have been dreaming of eating because her little mouth was just going. In between sucks, she had her tongue sticking out. Here’s a pic followed by a short video. 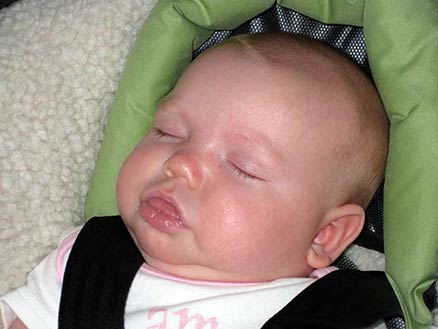